Many friends and patients have asked about updates to my daughter and her congenital heart defect. The memories of those long, grueling and depressing nights at Children’s Hospital Los Angeles (CHLA) have seared a permanent scar in my life and it’s not something I enjoy reliving. However for the sake of closure, I will try and summarize those traumatic events rather quickly…. We will begin during the time after Hanna’s first successful open heart surgery (Blalock shunt procedure) – performed when she was around 9 days old …

The months that we spent their holding Hanna’s little hands and hoping for the day that we could take her home seemed endless. It’s interesting how we take the simplest things in life for granted. I remember watching other babies effortlessly drink a bottle of milk on their own, in one feeding and contemplating how lucky they were …. we were struggling just to get Hanna to drink 1-2 milliliters (mls) of fluid using a pipette. During those harrowing nights in the hospital, our ears would be engulfed with the sounds of multiple alarms going off every few minutes as a result of other infants on the floor losing oxygen too rapidly or with the perpetual screams of pain after having their chest bones cracked open during open heart surgery. Sometimes my wife or I would get up from our area and try and comfort the other babies … but honestly how to console an infant who only weighs 5-10 lbs, has a fractured sternum with multiple stitches down a 5-7 inch incision, tubes protruding out of their nose, arms and legs and suffocating from hypoexima (from not being able to supply enough oxygen to your brain because of a defective heart)? Then on those rare, dreadful occasions, we would hear a different alarm go off across the floor, followed by an emergency code announced over the speaker and finally accompanied with the sounds of hurried footsteps as a wave of nurses and doctors rushed to an ominously silent infant. Those horrible nights seem to last an eternity in the hospital … nights went into days and then into weeks and ultimately into months. Even when we were finally ready to bring her home, Hanna had to be monitored carefully – not to have her cry for too long or her lips and face would turn blue or not to over tax her body from the exhaustion of trying to drink 10-15 mls of milk. All the while my wife or I would be prepared to administer emergency infant CPR should her her heart fail. Thankfully gone are the days of having to strap a pulse oximeter monitor on her little fingers with alarms and oxygen tanks stored near her baby crib.

Hanna would eventually need a second open heart surgery at around 6 months old – which we had to push to get modified. My wife had forwarded her case to Best Doctors for review. They then sent her file to Dr. Nido over at Boston Children’s Hospital. (Many experts consider him the top pediatric cardiovascular surgeon in the world). He had recommended that we do decompression of the hypoplastic right ventricle during the Glenn surgery – in the hopes that we stimulate growth of her right ventricle therefore avoiding a third open heart surgery. After review of the recommendations, CHLA and Dr. Starnes (another one of the world renown pediatric cardiovascular surgeons) agreed to proceed with this modification given that there was little additional risk and it would give Hanna a chance to improve her heart condition. Fortunately, the surgery went well, and our baby girl only needed a few weeks of recovery at the hospital (vs the few months after her first surgery). 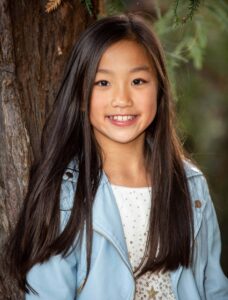 Fast forward to today (11 years later). Hanna is doing well. She still has her bi-annual cardiovascular check-ups. So far, she has avoided the need for any other surgeries, and we hope that the surgery modification that they had performed during the Glenn, may perhaps set precedent in helping other children with similar defects. While her blood oxygen level is still not comparable to that of a healthy person, she is for the most part healthy and has grown into a bright and beautiful girl.

Due to her heart condition, Hanna’s physical endurance is a lot lower than those of her peers. However, she has found enjoyment in other non-physical activities, such as reading and writing. Recently we are proud to announce that she won first place in the Clear Water TBM Naming Contest: