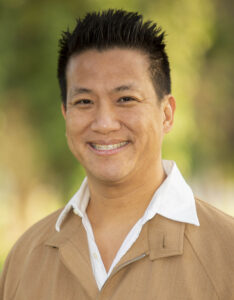 After graduating top in his High School class as Valedictorian, he was selected as one of the few in the nation to attend the Accelerated Dental Advanced Placement Tract at USC. He then became the youngest doctor in his class to earn the Doctor of Dental Surgery degree – in fact one of the youngest in USC Dental School history. Amongst his many accomplishments, Dr. Hsu has spent a year in 1999 as a volunteer dentist serving families throughout the impoverished areas of California. Since 2000, he has been in private practice, but continues to volunteer his dental services to free dental clinics and charitable organizations throughout each year. In 2002, Dr. Hsu took under his wing a private dental office in Alta Loma that has been serving the Rancho Cucamonga area since 1993. Dr. Hsu has quickly made a name for himself in the neighborhood as “the gentle dentist.” He became well known by many of his patients for providing nearly pain-free family dentistry

Immediately, Dr. Hsu’s popularity as “the gentle dentist” grew exponentially and he soon discovered that his small dental office could no longer accommodate the rapid growth of his patient base. In 2012, construction of his new state-of-the-art dental office begun, with a focus on how gentle dentistry could be provided in a comfortable environment. Construction was completed in 2013, enabling Dr. Hsu to move into the most advanced family dental center in the Inland Empire. In his effort to improve care for patients with complex medical problems and sleep disorders, Dr. Hsu continued to expand his knowledge throughout his career, including completing his Master of Science in Orofacial Pain, Oral Medicine and Sleep Disorders at the USC School of Dentistry – allowing him to become a specialist in Orofacial pain in both the medical and dental field. Outside of his compassionate care for his patients, Dr. Brien Hsu enjoys numerous artistic hobbies and was the recipient of many art awards for his portrait and landscape paintings in both water color and acrylics. In addition he has practiced many forms of martial arts and was an instructor for Karate at USC. Many of these skills have influenced his precision and artistic capabilities as a proficient dental surgeon.